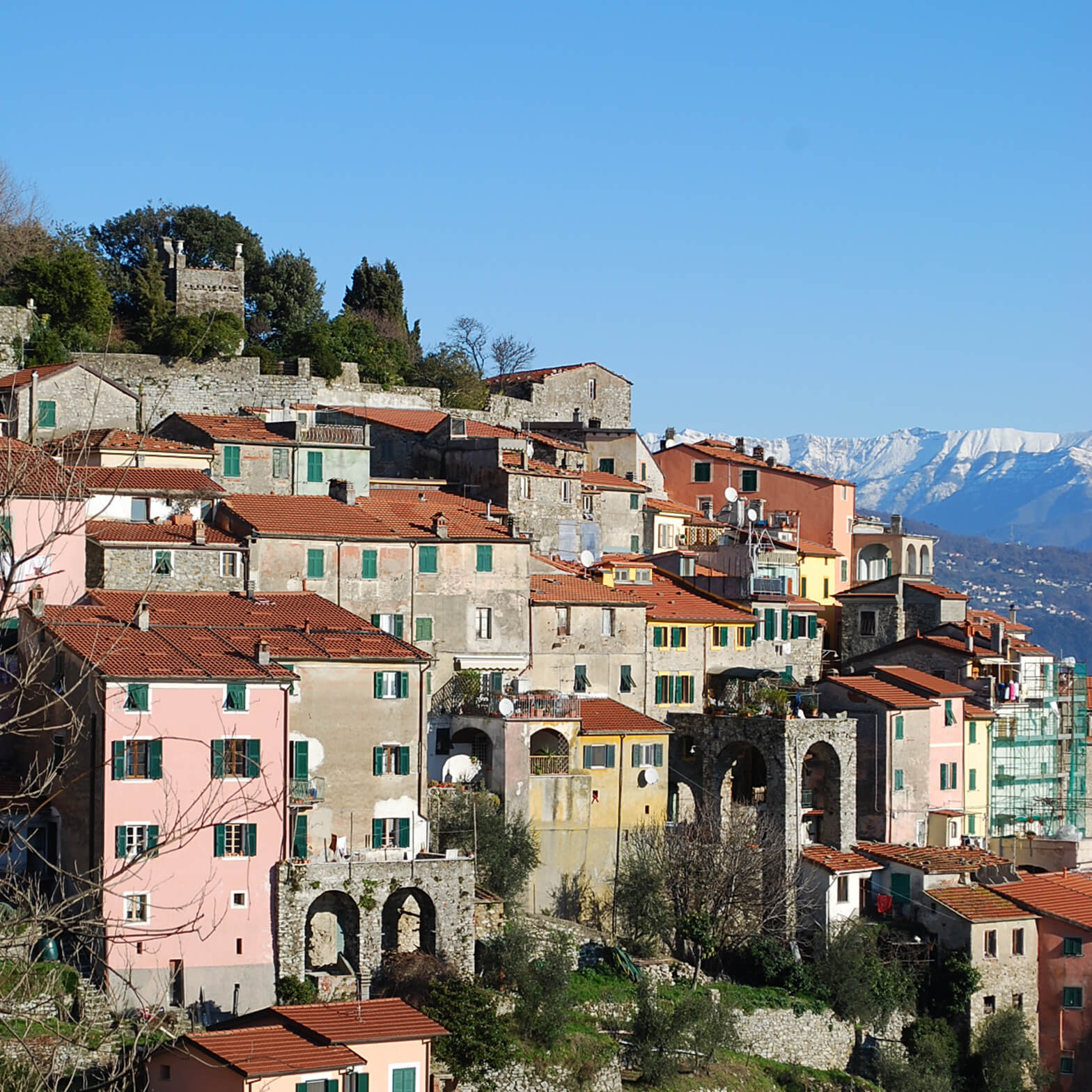 For people who love nature Vezzano Ligure is the right place, there is a geological path that bears the name of the abbot Antonio Stoppani, an esteemed scholar and scientist.

The hike takes place in particular natural conformations due to the passage of a glacier, it starts from the centre of the village, on the north-western slopes of the hill. It continues dotted with ten calcareous wells, called “potholes of the giants”, a sort of steep concave sections, the effects of karstification, very common in Liguria.

Vezzano Ligure is another village set on agriculture, located close to Santo Stefano di Magra and Sarzana, it is divided into two separate areas: Vezzano Inferiore and Superiore, with Bolano, Follo and Prati di Vezzano slightly separated.
Its position between the confluence of the two rivers has always made it a defensive outpost. It is therefore believed that the construction of Vezzano anticipated the arrival of the Romans. The village had a castle, not much of it is left, but it is possible to take a look at the remains of the bastions and the pentagonal tower, a symbol of the ancient history of Vezzano,it was built in the twelfth century as defense and sighting point of the surrounding valley .

The picturesque Church of Sant’Antonio Abate has a beautiful bell tower decorated with Romanesque mullioned windows, and a particular pyramidal spire; the Romanesque church Santa Maria Assunta in Vezzano Inferiore, acts as counterpoint, the church was rich in events, it overlooks Piazza del Popolo. Directed towards the foothills of Vezzano, the villages of Valeriano, Fornola, Bottagna and Corongiola make their way, the latter houses an ancient parish church dedicated to San Prospero.

Valeriano, is a medieval village perched on a hill, where it is possible to visit the church of Sant’Apollinare, that dates back to the 18th century. In Prati di Vezzano there is the Sanctuary of Molinello, built after a Marian apparition of a local girl, more or less in 1500.

The main festival in Vezzano Ligure is in September, during the harvest period, we are talking about the “Grape Festival”, a tempting opportunity to declare which is the best district. Competitors challenge each other in various tests, the folkloristic pressing of the grapes, and a dialect contest in front of a jury of experts. There is plenty of food, good wine produced in the cellars, and, as usual good entertainment. While waiting for July to come, preparations are underway for the feast dedicated to “Threshing ”.