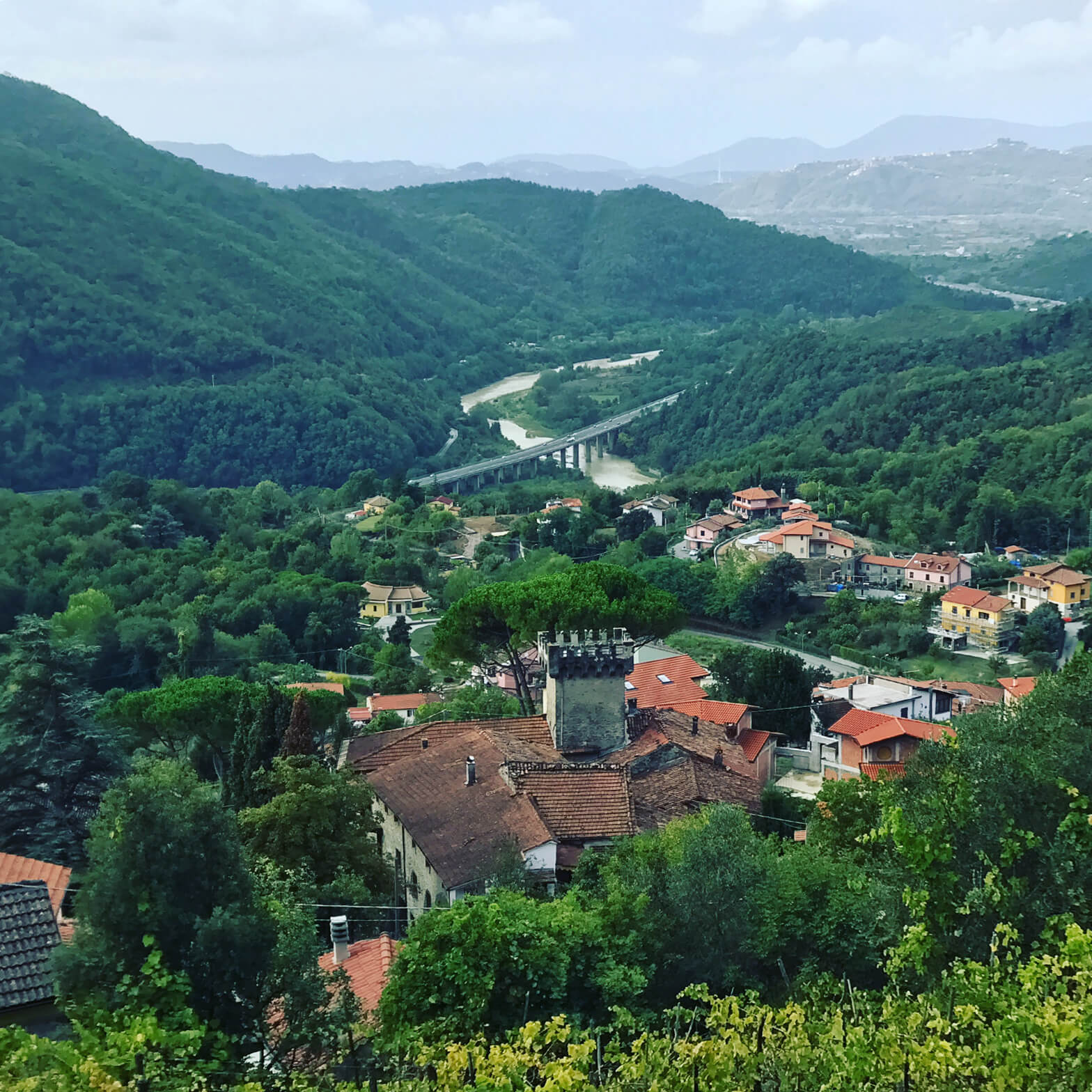 Sometimes in our long and narrow country, surrounded on three sides by the sea, there are places where the sea does not exist, that we do not bother to visit, not just because the sea represents a sought-after destination, or a sort of obsession, we simply neglet them because we are not confident enough to find out if “it would be worth visiting such places..”
It is right there, in that particular place where villages and hamlets bow to the Apuan Alps, that we find a very special atmosphere, that does not suffer from the fact of not being by the sea, on the contrary it permeates with unique weather, life and lifestyle. Think about North Italy…. but not so north!

Think of coming down from the Lombard alpine spurs, passing by the Tuscan Pontremolese and stop where you meet the first slopes covered with woods, where you find the old mule tracks of the Apuan Alps, a place linked to the history of the Ligures; the curious tourist gets to a crossroad of regions that joints Liguria, Emilia and the old and wise region of Tuscany.
We are in the province of Massa-Carrara, where the lively Versilia and memories of a dinner with the Malaspina family merge; if Liguria incites with its sea and makes fun, this territory answers and makes wonders, thanks to its history and the many strongholds, as if it had never left the age of the Grand Dutchy, it is made of just a bunch of houses, craftsmen and restaurant owners. Among the many wonders we find rich properties spread in the various municipalities, in the area close to the Apuan Alps and also in the historic region of Lunigiana, the symbol of a unique Made in Italy located far from the sea.
Where two regions and a bit of a third one, born with so many treasures, pretend to fight against each another, we find the spreaded municipality of Podenzana.

The part of Lunigiana that is adjacent to Podenzana, is described as a low area; cottages and parish churches in Podenzana rise early in the morning, a moment after the bright, reddish sunrise, on the right side of the River Magra, with the town of Aulla at just a stone’s throw.
The word spread means that Podenzana has not developed in just one area, but his is made of many small inhabited areas…. A godsend for those who make of tourism their own religion.
You might have easily heard of Podenzana, thanks to its “panigacci”, a sort of unleavened pancake cooked in clay dishes called testelli.
“Testelli” are made with clay from Barco, a typical imprint of the local history and traditions, panigacci are good to eat in the foggy winter days, dressed with pesto sauce, good olive oil stolen from the Cinque Terre, or with mushroom sauce, first fruits and cheese. Podenzana is the land of foodies and greedy people.

The two areas of the territory, the one in Tuscany, close to the river valley and facing Aulla, and the other one that ends in Val di Vara, with chestnut woods, piedmont canyons and part of the last terraced hills of Liguria, make Podenzana a lively hilly centre, located at an ideal hight, over 300 metres above the sea level, high enough to need good clothes to cover yourself, but without freezing your thumbs.
You can reach Podenzana by car, after you leave the A15, it would be useful to check the list of places that dot the bends going towards Santuario della Madonna del Gaggio, and the foothill of Mount Castellaro, Montedivalli of which we will soon talk about.

Let’s say that the best period to visit this place, is between July and August when it is hot, and the smell of freshly ironed sheets fills the rooms of the agritourisms, you may go cycling following the shades of beechwoods located up high on the hills, or go the traditional fair that celebrates Panigaccio, it lasts two weeks, and it takes place near the above mentioned church. In the same period the many streams start bubbling, on the river banks you will smell the scent of daffoldils, musk and alfalfa mixed with strawberry bushes that the wind sends far to the sea, but most of all this is the period when the tourist season is more suitable for a territory dotted by many hamlets, and Middle Age castles that thrive along the well known Via Francigena and its junctions.

On a visual level we can divide Pondenza into two main centres: the one connected to the administrative centre, Montedivalli, an area located between the municipalities of Bolano and Calice al Cornoviglio, both in the province of La Spezia, the other one that is Tresana in Tuscany.
Each half of the inhabited area of Podenzana is split into a certain number of satellite hamlets.
The hamlets of Podenzana are Bagni, Barco, Campana Battia, Casalina, Ceresedo, Cerghiraro, Cospedo, Faito, Ficaro, La Costa, Laghi, Lagneda, Loppiedo, Metti, Montale, Montalini, Oliveto, Serracanda, Sescafale e Villa Argentina, while the main hamlets of Montedivalli are Casa Borsi, Colombiera, Croce, Fogana, Pagliadiccio, Pianello, Prato, Vaggi e Genicciola. Montedivalli hosts a necropolis full of Ligurian funerary urns that date back to 2500 years ago, it is connected to Cafaggio, in the municipality of Ameglia, in addition we must mention the extraordinary parish church of San Andrea built in Roman style.
The road goes up hill from Bagni to Podenzana and arrives near a huge castle of the sixteenth century, it is a private property however it is an idel subject for a good, typical picture of your excursion; a little bit further up, the road will lead the tourists, through word of mouth, to the shrire Madonna del Gaggio, also called Madonna della Neve, a white building that looks as if it bears the smile of the virgin mother, this is an amazing place of worship and one of the most sought after places of pilgrimage of all times, it is considered an ancient pride of Lunigiana, and it was built to protect the whole valley of the river Magra.

Once you reach the peak, gaze out and embrace the remains of the castle of Bibola, located in an isolated area of Aulla. This small, dilapidated castle is so dear and loved by creatures like witches and goblins, we must say that there is in fact a different dimension, separated from the ordinary and quiet family life of people who enjoy trekking, traditional fairs, and hunting, that is allowed only in the proper season, you may then see jeeps that bring good game to the local restaurants, it is a dimension made of karst and fairy circles where even the most indiscreet tourist shifts his attention to this local Dartmoor.
Podenzana has remained undamaged despite two world wars, and the disputes beween the Malaspina family and the bishops of Luni for its dominance.

Tourists have seen see and know that Podenzana is like a natural slide in the parks, its houses and inhabitants are just background actors, useful for sure but are not the main protagonists; Podenzana is also a rainbow, green in colour like lush vegetation and grey like slate. Podenzana is like a bridge just a little bit bigger than those made of stone and mortar of the Middle Ages, Podenzana penetrates inside the sharp mouth of the mountains, and those who spy us, unseen from under the arches, are ladies and knights, young, skilled jugglers, priests and bishops, smartly dressed and reconciled, who have remained attached to their earthly exhistance, because, to be honest, nothing has changed in Podenzana.
We remind you that Podenzana stands high and has whatever a world apart needs. It might happen that when a place is located at the junction of three regions, and not by the sea, old ghosts take steps to fill this absence, becoming themselves a sea, a crowd of well known heads that comes to great us, scares us and makes us feel gloomy and miserable.
Winter is very rainy and good local food, panigacci and jam, is not enough for us, yet knowing that we are travellers we keep on looking for fossils, we dig deep hoping to find our roots, and we ask ourselves questions, so why should we lie to ourselves. Podenzana is for peple who love memories, and as tourists we want to discover it and spread the word, in addition we should respect its memories, that Podenzana welcomes in its streets and cloisters, its ghosts might smile at us and lead us in a discreet way into a mirror world.

This website uses cookies to improve your experience while you navigate through the website. Out of these cookies, the cookies that are categorized as necessary are stored on your browser as they are essential for the working of basic functionalities of the website. We also use third-party cookies that help us analyze and understand how you use this website. These cookies will be stored in your browser only with your consent. You also have the option to opt-out of these cookies. But opting out of some of these cookies may have an effect on your browsing experience.
Necessary Always Enabled
Necessary cookies are absolutely essential for the website to function properly. This category only includes cookies that ensures basic functionalities and security features of the website. These cookies do not store any personal information.
Non-necessary
Any cookies that may not be particularly necessary for the website to function and is used specifically to collect user personal data via analytics, ads, other embedded contents are termed as non-necessary cookies. It is mandatory to procure user consent prior to running these cookies on your website.
SAVE & ACCEPT
Apri chat
💬Hai bisogno di aiuto?
Powered by
Ciao 👋
Come possiamo aiutarti? 😃