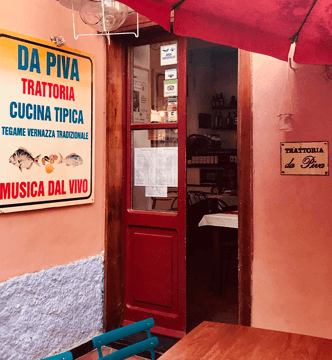 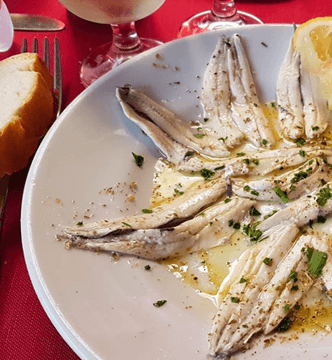 Incadasè da Piva: for 37 years known as the cultural centre of Vernazza, where painters such as “Rosa, Gianni Novak, Guy Harloff, Hoffmann”, or writers such as “Edouard Glissant”,plus poets, singers, film directors, musicians “Vittorio Centanaro” gathered thanks to Piva’s eclectic personality and his songs, sang in the local dialect of Vernazza.

His son, Raphaël Resasco, a sculptor, has taken over the activity of the restaurant, without changing its soul and still singing his father’s songs!

Since 1982 the historical Trattoria da Piva, a song writer from Vernazza is the symbol of the typical cultural Ligurian place. Only here you can taste the real “Tegame di Vernazza” (an anchovie and potato pie) Spaghetti di Gino (spaghetti with anchovies) and the famous Risotto di Piva, made with mussels and sea food.

Discover our customers reviews on TripAdvisor

Apri chat
💬Hai bisogno di aiuto?
Powered by
Bye 👋
How can we help you? 😃
XIf you want to continue using
our website with all its functions,
consent to the use of cookies,
or read our cookie policy